Update: Apple has discontinued this headset.

I purchased the Apple iPhone Bluetooth headset three days ago for a thorough unboxing and review of the $129 iPhone accessory. The headset came neatly stuffed with a dock and travel cable in a simple black box the shape and size of iPhone’s. 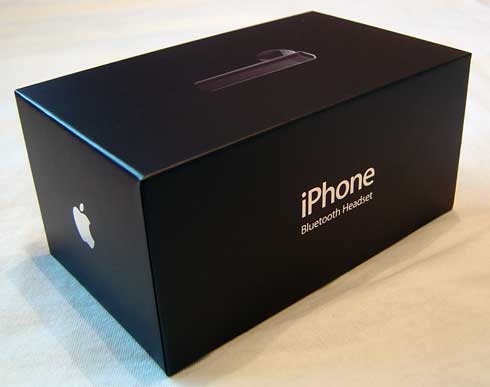 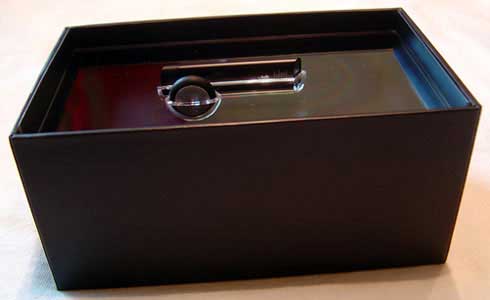 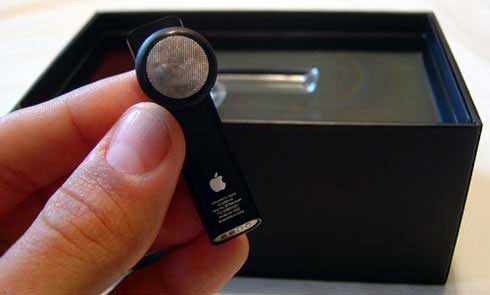 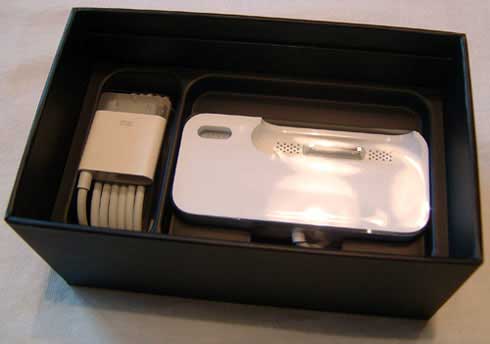 In the box: the iPhone Bluetooth travel cable and dock. 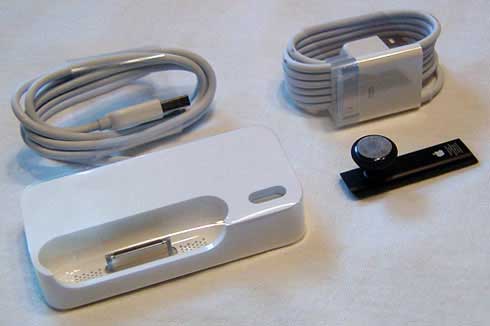 I’ve been testing my iPhone Bluetooth headset for three days now. It’s overall a well-made and useful device, but when you consider the $129 price tag and the innovative reputation of the company that built it, you’re left wishing Apple had done a bit more.

The first thing I noticed after putting on the iPhone headset was how light it felt at 6.5 grams. During all the time I had it on — most phone calls — it never felt unstable or like it would fall out of my ear, as some other reviewers have experienced. The headset is a “one size fits all” earpiece, so the stability may vary among different people.

The sound quality out of Apple’s Bluetooth headset is nothing to call home about. Often, people’s voices sounded choppy. To be fair, this could very well have been an AT&T issue, as we all know AT&T is not exactly acclaimed for its stable network.

Also, an audible hum buzzed on consistently in the background of all phone calls. Although somewhat quiet, the noise was noticeable in low-volume areas. In public places like the grocery store, however, the static wasn’t particularly notable.

Often the hum would continue after hanging up on calls. If you’re an optimist, you might appreciate this as a reminder to turn off your Bluetooth headset and save battery.

People on the other end of the line said my voice was clear on the Bluetooth headset and sounded no different than on normal phone calls. This was a bit surprising to me because of the microphone’s placement far from the ear. 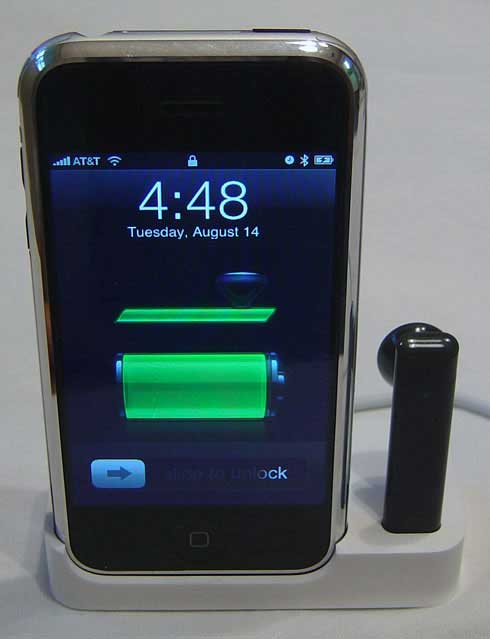 When you set the Bluetooth headset in the included dock to charge along with your iPhone, you see a headset displayed on the iPhone screen with a green meter that tells the battery life. Very clever, Apple.

I charged the headset fully about 2 and a half days ago and the battery meter has about a quarter of its “juice” left. I’m a moderate phone talker (I have the 450 minutes/month plan). I’m on calls perhaps 10 to 12 times a day, usually for around 2-4 minutes. I used the headset for most phone calls, usually forgetting to turn it off afterwards, so it has been on standby much of the time.

The Verdict on the iPhone Bluetooth Headset

If you’re thinking about getting a hands-free headset and you don’t mind a little static, you’ll probably enjoy the iPhone Bluetooth headset.

But its very basic functions may leave you wishing you’d got a little more for your money. The good news is Apple offers a 14-day return period with no restocking fee for the headset, so you’ve got nothing to lose for trying it.

3 Features I Wish the iPhone Headset Had

Apple could have offered a little bit more functionality on the iPhone Bluetooth headset. Three features they should have added, in my opinion, are:

You cannot listen to music on the Apple headset. Did Apple forget that the iPhone would hardly have been possible without the iPod? I think they should have let the iPhone earpiece interact with the music player in some way.

One major benefit of the Apple Bluetooth headset is that it helps you avoid distractions if you’re calling someone while driving. But if you have to take out your phone to dial a number, then what good is the headset? Apple should have let us voice dial our contacts and keep car calls 100% hands-free.

Why make me reach into my pocket to adjust the volume on phone calls? I would have liked to see simple volume buttons on the side of the headset or something to that effect.

Don’t get me wrong: I’m pleased with the simplicity and minimalism of the iPhone Bluetooth headset, but I think Apple could have worked its creative brains a little harder to offer something more remarkable for the price.

If you found this review helpful, link to it or pass it on to your friends.