Here’s a video of Steve Jobs introducing the Apple iPhone yesterday at Macworld. You can also view the entire keynote address and the iPhone introduction on the Apple site.

The Apple iPhone is real. That means from now on, so is AppleiPhoneReview.com.

I bought this domain name before anyone was sure whether Apple would name its mobile phone “iPhone,” or whether the phone even existed at all. For a while, it looked like there was no chance for an Apple iPhone, since Linksys already released their own iPhone VoIP phone in December, and Cisco Systems apparently owns the iPhone trademark – I’m sure we’ll hear more later as this issue unfolds.

Steve Jobs unveiled today at Macworld the much-anticipated Apple iPhone. I’m not sure how Apple got to name the mobile device “iPhone” despite Cisco Systems (Linksys’ parent company) owning the iPhone trademark in the US since 1996.

Nevertheless, it looks like the iPod/cellphone/Mac OS X tribrid really is the revolutionary mobile device that just last month none of us were even sure existed. Here’s a quick brush-up of the Apple iPhone specs and key features:

It’s going to be a groundbreaking device. I’m excited. More on iPhone later.

In a couple of days, Steve Jobs may or may not announce the long-rumored Apple iPod mobile phone at the Macworld 2007 conference. Will the device be called “iPhone”? Not sure. But the fate of AppleiPhoneReview.com depends on it.

So the iPhone is out today. But it ain’t from Apple. The Linksys iPhone, from Cisco Systems, is a VoIP phone that’s not nearly as impressive as I’m hoping Apple’s mobile phone will be. 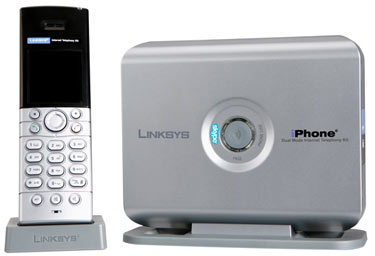 What are the chances Apple’s phone will be called iPhone? 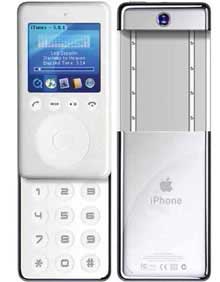 A Taiwanese newspaper revealed Tuesday Apple’s plans to have Foxconn mass produce at least 12 million iPhones. Apple Computer CEO Steve Jobs is expected to formally launch the iPhone at Macworld in San Francisco this January. Whether or not these plans are true is unclear, but the news could not have come at a worse time for Apple’s rival Microsoft, whose Zune MP3 player launched the same day.

As phones today are increasingly featuring MP3 compatibility, the Apple iPhones would challenge Apple’s influence in the mobile phone industry.

Computerworld blogger David Haskin said the Apple iPhone rumors may be just a massive PR campaign so “remarkably effective… that it doesn’t even have to be true.”

I’m talking about a massively successful PR campaign done primarily by volunteers. Besides being virtually free and remarkably effective, the best part is that it doesn’t even have to be true. Apple released no information (officially), so it can just sit back, say it doesn’t comment on future products and let the hype build. – Computerworld

That’s not to say the iPhone concept is a fabrication. After news of the iPhone spreads, Haskin said, Apple can analyze feedback from fans, pundits, and industry analysts to help “fine-tune its marketing efforts.”