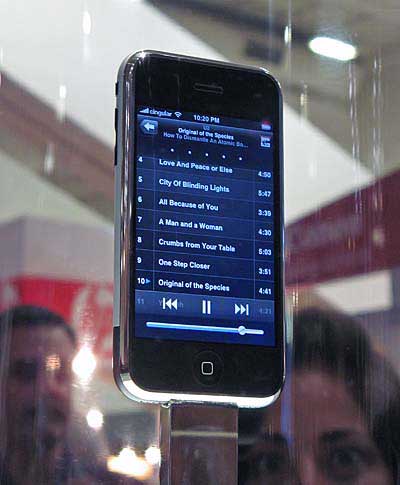 The results of a recent Markitecture survey have many bloggers lamenting that “only 6%” of the mobile phone market plan to buy the iPhone in 2007.

Clearly, no one is doing the math, because based on year-end 2005 statistics, there are now over 200 million mobile phone users in the U.S. Six percent of 200 million equals 12 million users “likely to buy the iPhone within the next year.”

By those measures, Apple’s goal to sell 10 million iPhones by 2007’s end will be surpassed by an additional 2 million or more phones.

The only caveat: the survey questioned only mobile phone users who pay for their own cell phones. But I imagine the number of cell phone owners surpasses mere users.

“83% of those very familiar with the iPhone had an excellent or very good impression of the product,” according to the survey results. Among those who didn’t plan to buy the iPhone this year, cost was cited as the primary reason.

So here’s my prediction: Apple will meet its 10 million phone goal for 2007. That is, early adopters will consider $499 and $599 small prices to pay to have their iPhones.

Then, in 2008, Apple will lower the price of the iPhone and grab a new segment of cell phone users who have been salivating over their friends’ iPhones.

Did you know: “The highly successful Motorola RAZR after its launch in 2004 achieved a 6% market share at its peak,” according to the Markitecture survey.

So Apple enthusiasts can stop worrying, and Apple doubters can quit praising themselves for “being right all along,” because the results of the latest survey look very promising for the iPhone.