There’s an image going around the Twitterverse that purports to be a promotional poster from behind the scenes of today’s WWDC, and according to the image the next iPhone is called the “iPhone HD.” 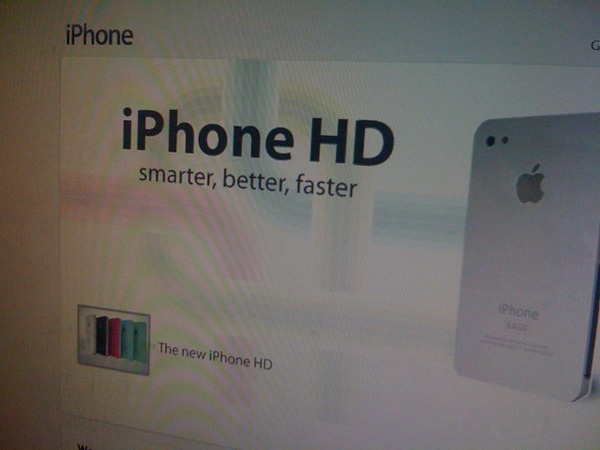 In my opinion, there’s no way this is Apple’s design. Here’s why, based on my own judgment and what some people on Twitter have pointed out:

Smells like a shameless hoax to me. What do you think? Is the poster certainly real or an obvious fake?

1 thought on ““iPhone HD” Image Travels Through Twitter: Here’s Why It’s a Fake”