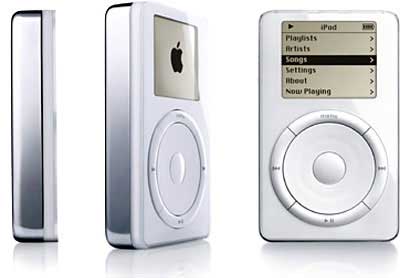 Remember when the first ever Apple iPod was unveiled in October of 2001?

IDC analyst Bryan Ma said Apple would struggle in the consumer electronics market, “which typically has lower profit margins than Apple gets from its computers.”

On top of that, a handful of retailers said consumer interest in the iPod “may not translate into strong sales.” In 2001, for example, a spokesperson for Circuit City said the retailer had not decided whether it would carry the original iPod.

“Given Apple’s positioning of the product, it is likely to capture only a small share of the MP3 player market despite its breakthrough features,” wrote Needham analyst Charles Wolf of Apple’s iPod.

The Erie Times News called the iPod a “luxury item.” And a TechTarget poll cited the iPod as one of the “Top Five Worst” holiday gifts of 2001.

Yet just last month Apple sold its 100 millionth iPod, now by far the dominating device in the portable media player market. Sounds all too familiar, doesn’t it?

Past doubts about the iPod’s success are a lot like those of analysts today who say that Apple will face its toughest competition yet entering the “crowded mobile-phone market,” that the iPhone price is “popping eyeballs,” that Apple’s phone “will have limited market share,” and that Apple is scrambling to save the iPhone.

That’s not to say iPhone will enjoy the same successes as the iPod. But it is certainly a reminder that critics and analysts aren’t always right.

The iPhone may not become the world’s top-selling mobile phone. But don’t be surprised if Apple takes the market by storm and is selling half of all cell phones by 2011. All you’ll get out of me is an “I told you so” (and a link to this post).