The patent says the touchscreens can work separately or together. This allows for some interesting possibilities.

For example, the image included in the patent shows a soccer ball in the phone’s lower display, and a goalie in the top display. In this case, the bottom display acts somewhat like a joy stick, while the top display is like a monitor.

Elements will even be moveable between displays. And the touchscreens on this phone will be operable by finger or by stylus, according to the patent image, shown below. 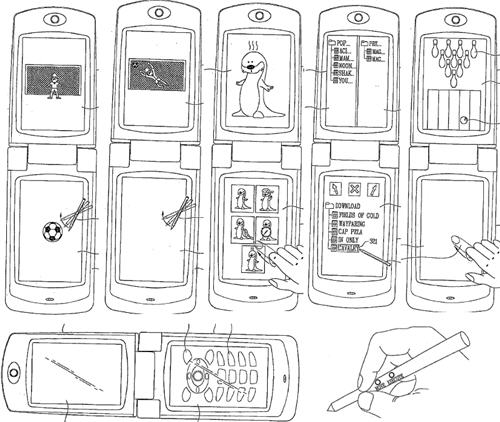 Another similar LG patent shows a user interface that is totally dynamic.

“It can have a set of predefined actions associated with concrete events, like reception of new message, calendar alarm or low battery indication,” said Unwired View, the site that revealed the patent. “This can actually become a new revenue stream for creative types and mobile operators, with us buying personalized interfaces complete with sounds and animation, instead of ringtones and wallpapers.” 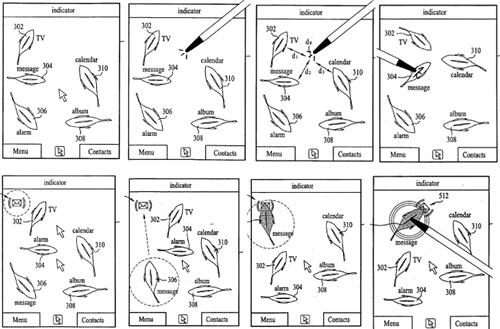 This technology sounds promising. Probably something Apple will want to keep a close eye on.

These latest LG patents are good examples of how competition fosters technological progress. That’s not to say that LG was inspired by the iPhone. In fact, the patent for LG’s Prada touchscreen phone was filed in 2006, before the Apple iPhone was even unveiled.