The photos have since been removed, but searching the Flickr member’s photo album for “Cupertino,” the location of Apple’s headquarters, reveals a photo of her office, and a “cupertino” tag in the right sidebar. 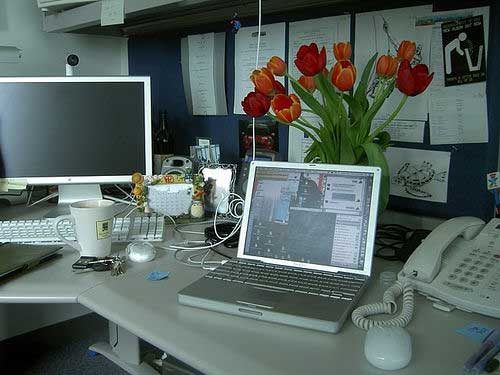 Further, the man in the first supposed iPhone photo (shown below) is Derrick Schneider, a programmer and author of the blog Obsession With Food. Click Derrick’s image on the right of his home page, and guess where it leads you: to the same Flickr album where the original iPhone photo was posted. 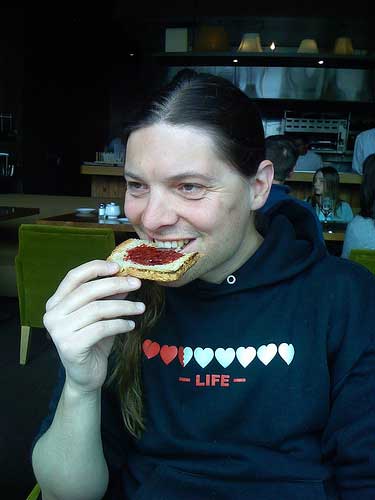 Schneider’s About page reveals another photo of him. Unless he has an identical twin, he is without a doubt the man in the iPhone photo. 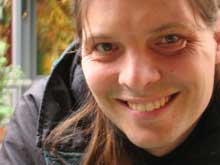 A commenter on MobileGuerrilla said the background in the photo of Schneider suggests it was taken in “a steakhouse on Wolfe, at Vallco Mall, called ‘Alexanders’, in Cupertino, CA.”

That would explain this photo, which was also said to be taken with an iPhone: 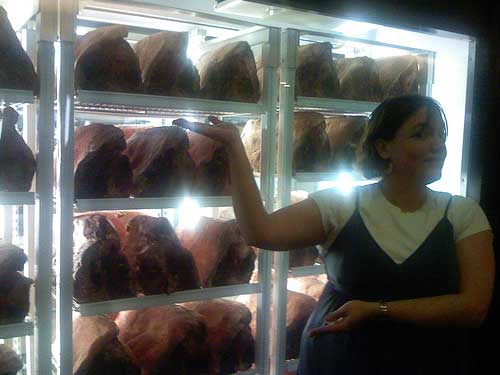 The EXIF data from the image is shown below:

Update: The iPhone photos may have actually been snapped in San Francisco’s Hotel Vitale. The header image (especially the chairs) looks a lot like the background in the photo of Schneider.