You’ve probably been under the impression that “iPhone” was Cisco’s word, or maybe Apple’s.

Actually, though, the word “I-phone” — short for Internet phone — has been used before to refer to the first VoIP phones (take that Linksys!), as evidenced by this 1996 advertisement: 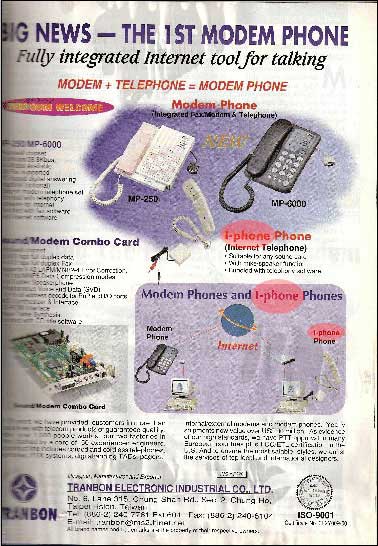 Moshe Maeir dug up this ad from a September 1996 issue of Asian Computer Sources.

“So it seems from this and the fact that Vocaltec, Jeff Pulver and others all used the term iPhone back in 1995-6, that we are talking about a generic term and not a trademark!” said Maeir.