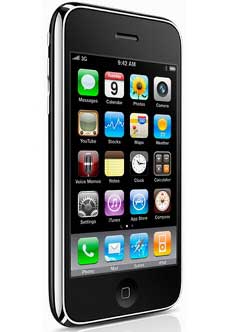 I spent all day yesterday trying to buy a new iPhone 3G S, with no luck. Yes, the Apple Store had them in stock, but they don’t let you buy an iPhone unless the AT&T account holder is present. My dad is the account holder for our Family Plan, but he is over 300 miles away.

When I was in Miami, the Apple Store staffers told me I could buy an iPhone 3G S at the AT&T store without the account holder present, but no AT&T stores in Florida currently have them in stock, including stores in Miami, Orlando, Ocala and Gainesville.

I spent over an hour calling AT&T stores throughout the state. Why don’t AT&T employees have the capability to tell me if there is an iPhone in stock at a particular store???

I called an Apple Store in Orlando and asked how I could buy the iPhone 3G S without the AT&T account holder present, and an employee told me the only thing I could do was sign up for a new contract with AT&T… um, no thanks.

So I went through the checkout process on Apple.com, hesitating before clicking Complete and spending $543.36, including an extra $10 for 2-3 day shipping — that is, after selling my 3G iPhone on eBay for $315.

I finally placed the order and received an email confirmation that said my iPhone should arrive between July 9 and July 13, twelve to sixteen days from yesterday. I’m not willing to wait that long.

So I canceled my order, called my dad in Miami and asked him to pick one up for me and ship it up to Gainesville. Hopefully I’ll have it in a few days. The problem is that, in the meantime, my phone will be deactivated because Apple requires you to activate the iPhone in the store when you purchase it, hence deactivating any other phone that’s using that account.

It makes no sense that I can buy an iPhone 3G S on Apple.com without a problem, but if you go to a physical Apple Store, they won’t sell it to you without the account holder by your side. In my opinion, if you’re willing to spend half a grand on a phone, you shouldn’t have to jump through hoops.

Has anyone else had trouble getting their hands on an iPhone 3G S? I’d love to hear about your experience in the comments.