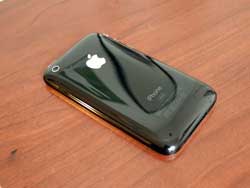 Update: Someone committed to Buy it Now but it was a scam. Read more about the scammer who tried to steal my iPhone.

Less than a day remaining and my 3G iPhone is still at $1 on eBay. I hope to sell it and buy the new iPhone 3G S. See my iPhone on eBay.

Sorry if this post is uninteresting or irrelevant to you. Hope you’ll stay tuned for reviews of iPhone 3.0.

P.S. Sorry again to my subscribers for the Twitter updates that appeared in the RSS feed earlier. I’m testing a new feature and made a mistake.

Update: I wrote this article March 2008 and I am now wondering if some iPhone 3.0 features will cause iPhone app developers to lose their businesses. Developers, if you are concerned about Apple’s new features competing with your apps, I would like to know about it.

I have a serious concern about the upcoming iPhone App Store that no one has addressed yet:

What happens when Apple issues an iPhone firmware update introducing features from a 3rd-party iPhone application in the App Store?

For example: let’s say a developer lists a Voice Dialing application in the App Store in June, and in July Apple issues an iPhone firmware update featuring voice dial functionality.

If you get rid of an old iPhone and upgrade to a new 16GB one, AT&T makes you go through the entire activation process all over again. I received my 16GB iPhone today and activated it, so just so thereÃ¢â‚¬â„¢s no confusion, I’ve outlined the steps below:

Because Apple introduced the 16GB iPhone today, I decided to sell my 8GB iPhone on eBay so that I could use the earnings to pay for an upgrade — priced at $499. 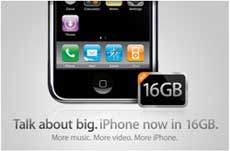 Apple today announced a 16GB iPhone, which is immediately available from the Apple Store for $499. Now that the iPhone’s storage capacity has doubled, many of us who want to upgrade are left with 8GB iPhones and wondering what to do with them.

Unfortunately, Apple will not let you trade in your old phone for a discount on the new 16GB iPhone, so what to do with old iPhones if you’re looking to upgrade?