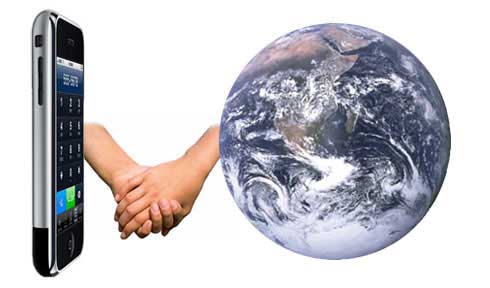 It’s a shame that the iPhone, which Apple pitches as the innovative and intuitive “revolutionary mobile device” of tomorrow, is actually one of the least environmentally-friendly handsets on the mobile phone market.

A Greenpeace report released yesterday pointed to Apple’s use of toxic chemicals in the iPhone, including brominated flame retardants and PVCs, which are so harmful to the environment that even other cell phone companies have abandoned them.

“Nokia, Sony Ericsson, and Motorola have removed some of the worst chemicals from their phones and identified extra toxic chemicals they intend to remove in the future — even beyond the minimal legal requirements,” Greenpeace said on its website.

This year’s Blog Action Day aims to raise awareness about environmental issues. As part of my contribution, I’m asking readers to contact Apple and demand that they make the iPhone more environmentally-friendly.

Why? Apple in May said it was making plans to go green, but a Greenpeace report released today revealed two dangerous environmental pollutants in the iPhone: brominated flame retardants and PVCs.

In an open letter posted on the Apple site, Jobs said the company will minimize its use of toxic chemicals like lead, cadmium, arsenic and mercury in its new products.