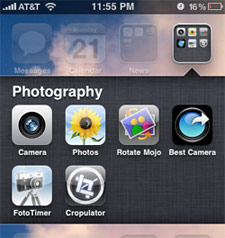 iOS4 brought some much-needed improvements to the iPhone in terms of app management. Now, apps can be grouped into folders and a multitasking panel lets you switch among active apps (for 3GS users only). The problem is, these features are underwhelming additions to a platform that should have had these capabilities as soon as the App Store was introduced.

Apple should have added folders to iPhone two years ago. What they should be doing at this point is paying attention to the details and making the app management process more fluid. 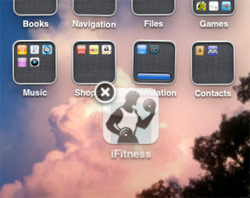 As I began to drag app icons from page to page to organize my folders, I wondered why that process is so difficult. I had to move each app, one by one, across pages to its destination folder. Why can’t Apple simply apply the same select/copy/paste system to icons to make organizing apps a cinch? 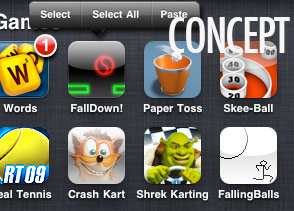 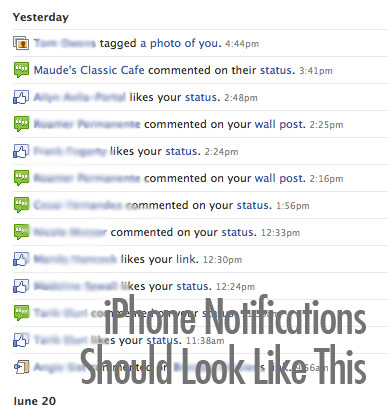 Too Little, Too Late?

It seems to me that Apple did not think ahead when it introduced the App Store. When the iPhone came out, everyone cried for third party apps and Apple told us to use web apps.

Then, the App Store hit the iPhone and you quickly had a mess of icons cluttering pages and pages of your iPhone. Furthermore, to this day you are still forced to keep Apple’s default apps on your iPhone, even if you don’t need them. I never use Stocks, Contacts or Weather yet I can’t delete them. How arrogant of Apple to force us to keep their rarely-updates junk apps.

Folders and multitasking are great, but Apple, please give us the following to make using the iPhone a better experience:

These are the features I hope to see in the iOS 4.1 iPhone update.

Are folders enough or does iPhone still need some app handling improvements?

I assume you already know about the major features in the iOS4 iPhone update like multitasking and folders, but what small changes has Apple made to the iPhone in this update?

Here are the seven iOS4 features that have intrigued me the most — note: I own an iPhone 3GS:

What do you like most about the latest iOS4 iPhone update?

Now that iOS4 is available, here’s a tutorial on how to download the latest iPhone update in a few simple steps: 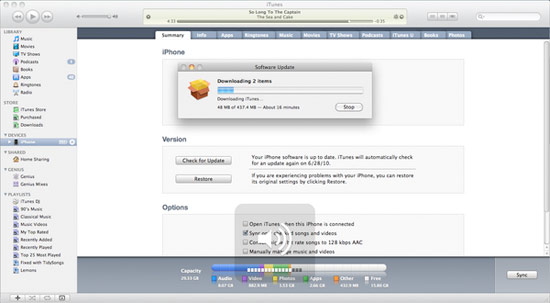 Connect your iPhone to your computer via USB and open iTunes. Navigate to the “iPhone” in the left-hand sidebar and click “Update.” 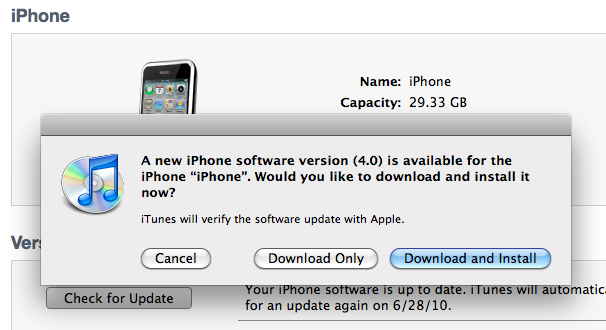 iTunes will prompt you with a notification that iOS4 is now available. Click Download & Install to install it automatically. 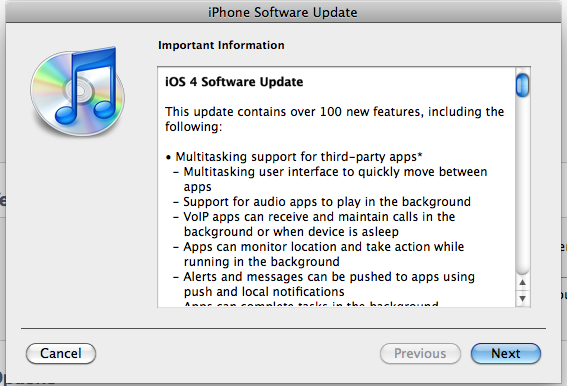 The installation wizard will show you a list of features in iOS4. Click next and agree to the Software License Agreement.

You will be asked whether to create a backup of your iPhone. I recommend that you create a Backup so that you do not lose any of your data.

iTunes will begin downloading iOS4. Be patient, it is a 378 MB download.

From there iTunes will backup your iPhone and install the latest iPhone software update.

Look forward to multitasking, folders, customizable backgrounds and much more. Let me know how you like iOS4.

A Twitter search brings up a post by razurianfly claiming the iOS4 update will hit iTunes in the next hour:

Razorianfly is the alias of Arron Hirst, a UK graphic designer. I wondered how he would know the release time of iOS4. After having a look at his Twitter stream, I found that he claims to have “a source, who I can’t name (for obvious reasons).” Time will tell if his prediction is correct.

If the rumor is correct, iOS4 will be available within the next hour. Will you be downloading the new iPhone update right away?

When it comes to multitasking, Apple claimed at their iPhone OS 4 unveiling that “we weren’t first to the party, but we’re gonna be the best.” But is iPhone’s new multitasking feature really the best way to do multitasking? Check out these video demos of multitasking on iPhone OS 4, Android and Palm WebOS to decide for yourself who does multitasking better:

There are also some multitasking solutions that you can use if you jailbreak your iPhone, including:

Is Apple’s iPhone OS 4 multitasking really the best? Which multitasking solution do you prefer? I would love to hear your opinion in the comments. 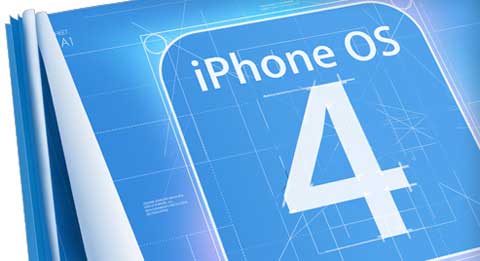 What did you think of Apple’s grand announcement of the new iPhone OS 4? Personally, I’m most excited about multitasking and folders, two features I asked for in my iPhone wish list for 2010.

Continue reading for a breakdown of my favorite iPhone OS 4 features, some limitations, and what’s missing in this latest iPhone update, which will become available for download on iTunes this summer. 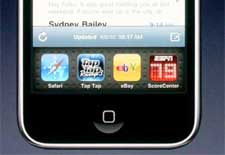 The new multitasking update in iPhone OS 4.0 will make it possible to run location tracking services in the background, along with VOIP services such as Skype, background audio such as Pandora, and other services. This is going to make iPhone dramatically more useful. I have always wanted the ability to run location tracking apps in the background, so that I could use apps like Google Latitude to broadcast my location no matter what app I am running. Currently, you can only broadcast your location in Latitude if you’re in Safari with the web app open. This renders Latitude for iPhone pretty useless, since you can’t exit Safari and still share your location. Worry no more, for multitasking will fix that.

No Multitasking for 3G Users

Perhaps not surprisingly, Apple is shamelessly omitting the multitasking feature from iPhone 3G. They say the 3G’s hardware would not be able to handle multitasking, but I beg to differ, considering jailbroken 3G iPhones can multitask just fine.

Clearly, Apple’s intention is to make 3G users feel left out of the party so that they buy the latest iPhone model. That’s called planned obsolescence. They deliberately impose an artificial limit on the iPhone 3G so that you consider it obsolete and buy a 3GS or the next generation iPhone at full price. This practice may be good for sales, but it is wasteful and unfairly costs you money.

If you have an iPhone 3G and you want multitasking, your options are either: upgrade to a new iPhone, switch to another phone, or jailbreak your iPhone.

Update: I have just learned that the original iPhone will not be supported at all by iPhone OS 4.

The folders update was another much anticipated feature of iPhone 4.0. The clutter of iPhone apps right now makes a mess of my home screens, so it will be great to be able to group apps together in a more organized fashion. To create a folder, all it takes is dragging one app onto the other.

In all, the iPhone 4.0 OS will include 7 major feature updates:

Although the iPhone 4.0 update adds over 100 new user features, there are a couple of features I was hoping to see that were not discussed at the OS 4 unveiling.

Another feature I would like to have in the future is the ability to change the default apps that my iPhone uses under certain circumstances. For example, I want to be able to tell my iPhone to open the TomTom navigation app instead of the Google Maps app when I click a hyperlinked address. Or to share an image from my Photos album via the Facebook app. Or to open the WordPress app from within Safari so that I could blog about pages that I liked. This would certainly be a feature that would appeal mostly to power users, but it would be great to have the option.