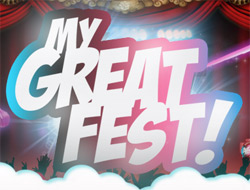 Although a location and specific agenda have yet to be determined (Update: The convention will take place at the Old Truman Brewery), the jailbreak conference planners are already boasting that Jay Freeman aka Saurik, the founder of Cydia (i.e. the “App Store” of the Jailbreak world), will be in attendance. If the Jailbreak king will be there, then surely his devotees will follow.

Nevertheless, I have high hopes that the gathering will produce a new wave of Jailbreak innovations for us “normal” iPhone Jailbreak users.

I will not be attending, since I live a few thousand miles away and couldn’t bring myself to purchase a plane ticket to London for this, but I look forward to hearing more about the Jailbreak conference as it develops.

The iPhone as a device offers limitless potential, but it is hindered by the restrictions that Apple places on the software. Jailbreak’s appeal stems from the fact that it frees your iPhone and lets you use your device however you desire, rather than how Apple desires.

Will you be attending the world’s first Jailbreak convention?