Apple has filed a patent for some sort of “digital ink recognition” technology.

The ink manager collects separate ink strokes, determines when a whole phrase has been entered and passes that phrase to a handwriting recognition engine. 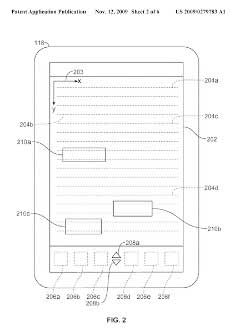 Whether you were going to get upset or get excited about the idea of a stylus for your iPhone, don’t do either… yet.

The patent suggests the technology is for “pen-based computers,” especially for entering data into forms, and the word “tablet” is mentioned 58 times in the application.

Although the patent refers to a “tablet” specifically, I could definitely see Apple deploying this technology on a future iPhone model if it worked out on their forthcoming tablet.

Think about it. Apple is going to have to seriously focus on hardware now that App Store developers do most of the work creating apps. We finally have copy & paste on our iPhones. We finally have a video camera. What are they going to woo us with next? Well, what about “digital ink recognition” technology?

But a Stylus for iPhone?

If you recall, one of the selling points Steve Jobs pitched to the public when the iPhone was revealed at Macworld in January 2007 was that it was a multitouch interface with no stylus.

Will this patent make a stylus-based iPhone more appealing? Do you want a stylus for filling out forms on your iPhone? What do you think? 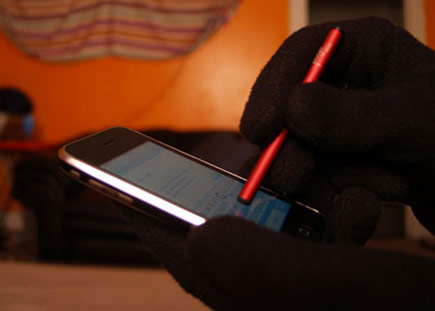 I thought I’d resurface this Pogo Stylus video review I did about a year ago because I’ve found the stylus to be particularly handy lately, since we’ve had some cold days in Gainesville, Florida where I live.

It can be really frustrating to not be able to use your iPhone with gloves on, so I’ve been carrying my Pogo Stylus around in my pocket. Works like a charm.

Although Apple designed the iPhone to be used without a stylus, there may still be some benefits to using one. Ten One Design sent me their iPhone-compatible Pogo Stylus for review.

Watch my video demonstration of the accessory below: