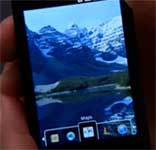 Update: This article was written over three years ago. Since then, Google’s Android Army has gained tremendous marketshare and placed enormous pressure on Apple’s iPhone.

Google last week unveiled Android, an extremely versatile open-source mobile phone platform that will be freely available to all handset makers under what CEO Eric Schmidt calls “one of the most liberal licenses in the world.” Will Android change the mobile landscape as much as iPhone did, and if so, how will iPhone suffer — or benefit — because of it?

At the moment, Android is just software, as opposed to iPhone’s complete package. There’s no actual Google phone hardware, or “gPhone”, as some speculated Google would build.

Rather, Google has teamed up with 34 companies (including Motorola, T-Mobile and chipmaker Qualcomm) under what’s been dubbed the Open Handset Alliance to manufacture a number of different phones that will run the Android operating system.

While iPhone is priced at a hefty $400, Google says it hopes to reach a more mainstream market by pricing Android-powered devices at around $200.

That’s exciting news, considering some of the high-end features Google developers have touted for Android phones — most notably: 3G data speeds, accelerated 3D graphics and a touchscreen, as one developer Steve points out in Google’s Android demo video.

What most sets Android apart from iPhone is the openness of the platform, both in terms of its licensing approach and its accessibility to third-party developers.

Google will license Android to any company, allowing handset makers and wireless carriers to adapt the software to their needs.

Imagine how widespread Android could become if anyone can make a device for it, and any wireless carrier can support it — while iPhone in the US remains exclusive to AT&T for five years. That is plenty of time for Google to sweep up the market with Android. Should Apple be concerned?

In addition, developers will be able to build apps for Android, with few restrictions. In fact, Google has already released a software development kit (SDK) for the platform and is encouraging third-party development by offering $10 million in prizes to those who build the best apps.

This is in sharp contrast to Apple, which has yet to allow actual third-party applications — though it will finally release an SDK next February — and has even thwarted efforts by developers who hack into the iPhone’s framework so as to install custom apps.

How will Android change iPhone?

If Android takes off, the competition Apple will face from Google will certainly benefit iPhone owners, as Apple will have to work harder to keep the device fresh and “revolutionary.”

So what can we eventually look forward to with regards to the iPhone if Android becomes a threat? My guess is, at least:

There are plenty of things wrong with the iPhone that Apple will be rushed to fix in order to keep up with Google. I’m excited to see what they come up with.

Will you ditch your iPhone for a Google phone?

Still, many questions remain unanswered, and it’s too soon to tell how well Google will pull off the open handset concept, but if the Internet giant’s past successes are any indication, Apple better get working on some new iPhone innovations soon.

Do you think Google’s mobile phone platform will take the iPhone by storm?

If you’re an iPhone owner, will you consider giving up your mobile device for an Android one? Or if you’re thinking about getting yourself an iPhone, will you put off your purchase until later next year to see how Android phones compare? Leave a comment and let us know.

I think Android is still in an infancy stage, although with a gr8 potential.. Read on my thoughts at http://samantk.wordpress.com/2.....-the-oses/

I had an iPhone 3G, gave it to my dad. Here in Canada, Rogers (AKA Robbers!) was the only carrier for the longest time. Not that any of other carrier supporting the iPhone now are that much better. I remember Rogers made it mandatory for you to get a data plan even if you only wanted to use WiFi. And what a ripoff too! And even if you bought your phone unlocked, Apple would lock it up to Robbers as soon as you did a software update. So you couldn’t even take it to another provider you like. Now I… Read more »

rogers never required you to get a data plan… it was just highly recommended. When the first iphones came out, you actually had to sign a data waver if you chose to not get a data plan. Mind you, the price of the phone was much more expensive if you didnt.

i purchased an iphone 3g may 19 (a wensday) and returned it and cacelled the contract may 23 (sunday) i have an ipod touch with the wifi i have at home i thought it would be nice to have an iphone. my contract with verizon is up in june so i thought i would give at&t a try, boy was that a mistake, the phone and features are great but the service was horrible, just gonna have to go with an adroid phone.

I am the proud owner of an HTC Droid Incredible. I was obsessed with getting an iPhone at one point, but when it came to upgrading/switching my plan when my contract was up, I did extensive research, tested both phones, and happily chose the Droid Incredible. It is simply unbelievable. Ditch Apple. Greedy, controlling, secretive, and closed vs. Generous, intuitive, sharing, and open. Gotta go with Verizon’s network and Google. GO ANDROID!

some of my friends have the iphone, i have a samsung moment through sprint.at&t coverage is alone terrible, plus i have coverage everywhere with sprint. the sprint 69.99 plan is so much better than at&t’s 69.99.. i get unlimited everything including minutes with mobile phones, and 450 to talk to land-line numbers. saving so much there vs the iphone’s 99.99 plus plans. i got free navigation, and the only good thing about the iphone is the whole app store, but like others say in time it will beat apple’s app store. i love my moment, i got like 7 customizable… Read more »

I had the original iPhone and a 3G iPhone for a few years combine. I live in Canada, go the Google phone is not available here yet. I bought an unlocked Google phone from the United States almost a month ago. Kept the iPhone too… I thought I would never be able to replace my iPhone. But to my surprise, the Google phone has slowly taken over my iPhone. I gave my iPhone to my dad because it was not being used. It is more obvious to me now that I have a Google phone that I was a prisoner… Read more »

i bought the samsung moment, after using this incredible phone, i dont think apple could be able to catch up to android if they dont fix the problems people have with the iPhone.!!
android is more affordable then the iPhone, and it has the same features, and a couple better ones.!
Android is going to be the next big thing.!
apple will be nothing if they dont try and keep up with google.

I had AT&T for 2 years and the service was terrible. I switched to verizon and have been completely satisfied. I bought the motorola droid 3 weeks ago and its the most amazing phone I’ve ever had. I have friends with the iphone that have used my droid and said it was faster. It comes standard with 16G, plus the commercial about not being able to browse the web while on a call is false. I’ve done it several times when I’ve needed to. You can spend $400 on an iphone with a terrible coverage company or spend $200 and… Read more »

Own a Blackberry Bold for 1 year now. Excellent machine. Had the iPhone for 3 weeks. Iphone will not work with cold hands or a cold touch screen. (Canada eh!) This year was going to upgrade to the iPhone 3GS but will wait now for the Android powered Sony Ericson Experia X10.

The iPhone / Apple never sit on their laurels, so I will be awaiting what revolutionary upgrades Apple comes up with. They never cease to amaze me. I am a Apple user all the way now and will not change as far as I see.

I will be postponing my iPhone purchase till I see how Android plays out.. they seem ridiculously comparable to me with droid being more accessible so I’ll just wait and see how good it really is.

Just purchased my DROID from Verizon/Google about two weeks ago. All I can say is that this device is awesome. It is a very fun phone to have and the App store is great. Obviously the App store is not as immense at the iPhone but only time will fix that. I liked how it synced all my contacts from Facebook. The Apps are fun and interesting. I never had an iPhone so I am not going to trash it. I hate ATT with a passion so that is why I can NEVER buy the iPhone. When the iPhone comes… Read more »

Just please give me a SMALLER phone than the iphone nano–it’s till way too big for a pocket. An iphone nano? Will someone else beat them to it with Android??

I had just purchased my 2nd iphone in August. It was nice but the “closed” availability was a pain. Last week I saw a 5 minute demo on the android system. It was on an HTC hero from sprint. Being able to compare head to head… I am now the proud owner of an Android. Good bye and farewell to the iphone.

The Droid is much faster over the iPhone however I could not sync my work email without an application so I am sticking with the iPhone which I Love. The Droids Facebook app was easy to use