Engadget Mobile has leaked an AT&T document revealing answers to some of the questions we’ve been asking about the iPhone.

According to the documents, the iPhone is still on schedule for a June launch. The phone will be priced at $499/$599 with no rebates or subsidies “at this time.” And if you’re out of contract, say in May, AT&T will allow you to sign up for another two years with the iPhone even before the phone arrives in stores — that is, Cingular & Apple stores only.

The document also said iPhone users will have access to Cingular’s MyAccount on the phone as well as via iTunes.

See the full Q&A after the jump. 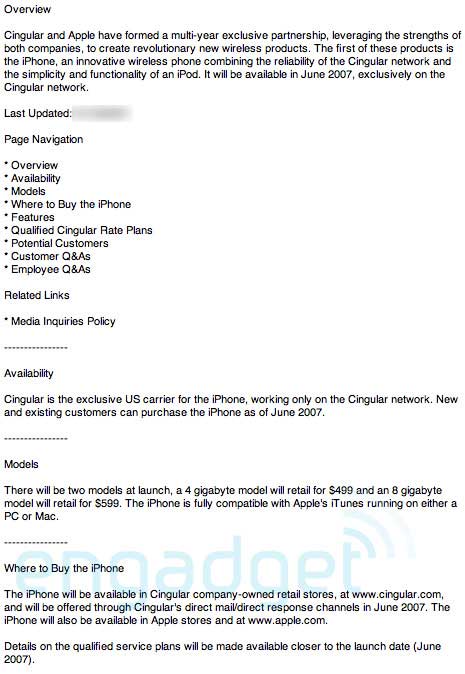 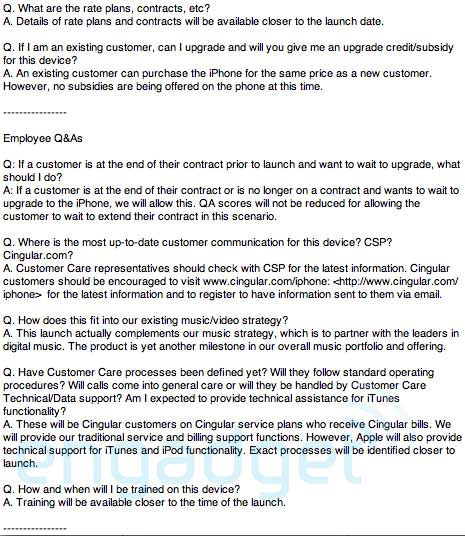 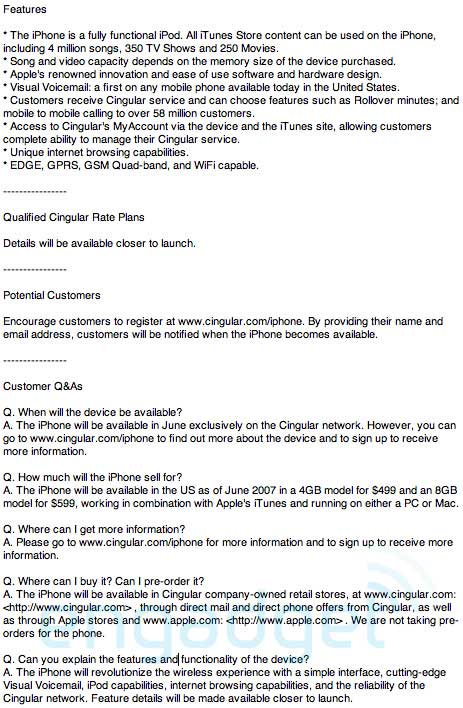