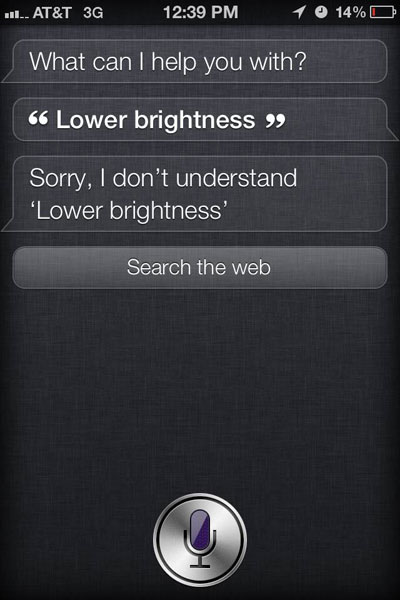 Can we all agree that Siri has been a bit underwhelming?

While Siri is arguably the most advanced voice-powered personal assistant on the mobile market, there is still a lot left to be desired.

I often use Siri to send text messages, perform Google searches, set timers, and get directions — works great for all of the above — but there are some things that I would expect Siri to do and find myself surprised that it is incapable of doing.

Below are seven features that Apple should add to Siri to make it live up to the hype. Apple has admitted that Siri is still in its Beta stage, so let’s hope these changes are coming to Siri soon:

What features would you like to see in the next version of Siri? Please add your recommendations to the comments.