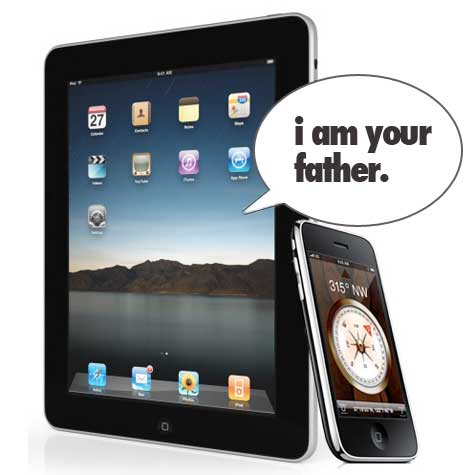 Did you know: Apple created the iPad before the iPhone. The iPad is not a giant iPhone or iPod Touch like we thought it was. More accurately, the iPhone is a mini iPad. Apparently, Steve Jobs revealed this secret at the D8 Conference, according to Mashable’s Barb Dybwad:

Walt then asks him why he built that operating system on a phone first instead of a tablet. Jobs then drops a reveal: “I’ll tell you a secret. It started on a tablet first.” He had an idea of a multi-touch display you could type on, and six months later his team had a prototype display to show him. After handing it off to Apple user interface experts who “got the inertia rolling,” Jobs realized, “My god, we can build a phone out of this,” and shelved the tablet because at the time the phone was more important. “When we got our wind back and thought we could do something else, we took the tablet back off the shelf.” — Steve Jobs at D8 on Flash, iPad and the Post-PC Era

Crazy to think the iPad was conceptualized before the iPhone was even a thought. Despite occasional setbacks, Apple is great at keeping things quiet. To think, Microsoft was working on what they thought would be a revolutionary Surface, while Apple was quietly plotting the silver, small and sleek iPad.

As someone who uses the iThoughts mind mapping app on my iPhone, and as a user of FreeMind on my computer, I can’t help but imagine each time I make a mind map how amazing it must be to do mind mapping on an iPad.

Today, I looked it up. And I’m not the only one who thinks mind mapping on the iPad is incredibly cool — although I have yet to try it myself. 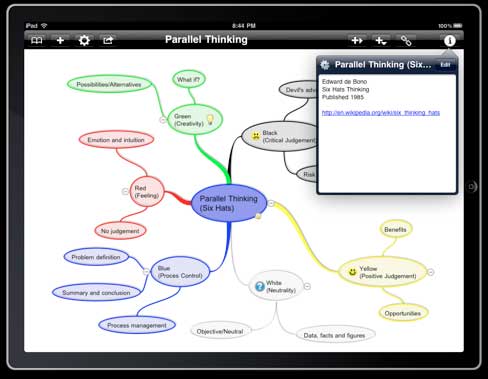 I would love to one day use this mind mapping app on the iPad. It’s tempting to get an iPad for this app alone. Mind mapping points to a truth I’m realizing about the iPad: That even if it is just a “big iPod Touch,” the larger form factor of the iPad can certainly have an advantage in certain scenarios, as in mind mapping.

I’m looking forward to seeing how the practice of mind mapping evolves with time on the iPad. If mind mapping becomes popular (and I think it will), developers will compete to create the best mind mapping app, and we will all benefit. A feature I would love to see on a mind mapping app is the ability to link maps together. For example, if I am working on writing a book, I would like to brainstorm the book content with one mind map, the publicity plan with another, and a newsletter series with a third map. I should then be able to LINK all these maps together in the context of a project.

The Art of Mind Mapping

A mind map is a diagram used to represent words, ideas, tasks, or other items linked to and arranged around a central key word or idea. Mind maps are used to generate, visualize, structure, and classify ideas, and as an aid in study, organization, problem solving, decision making, and writing. 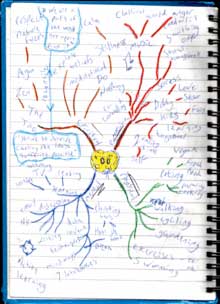 As someone who has at times struggled to stay organized, I have found mind mapping to be a great way to plan and ease anxiety about a project. Mind mapping can boost your productivity tenfold by helping you prepare for an assignment ahead of time in a holistic manner that is much more all-encompassing than a To-Do list.

With mind mapping, you start with a central idea and then create branches, followed by more and more branches that collectively map out all the connections you can make about a project. Once you try mind mapping, you’ll get it right away and be hooked. At least, I was.

I have used mind maps to prepare presentations, plan papers, and create a newsletter that I’m currently working on — stay tuned.

The great thing about mind mapping on a flat surface like the iPad or iPhone is that it is dynamic. Unlike a mind map on a piece of paper, a mind map on the iPad lets you reorganize and edit your mind map as it grows. 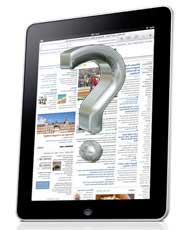 So you’re thinking about getting an iPad. I know you are jittery with anticipation, but before you go place your order, please consider these 5 questions that will help you make an informed purchasing decision:

So will you buy an iPad in addition to your iPhone? What are some other questions to consider before buying an iPad? I would love to hear your opinion in the comments. 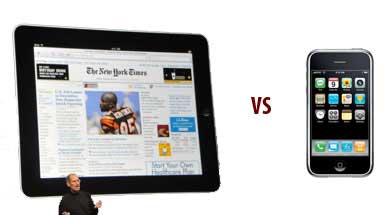 Apple today introduced the iPad, a device CEO Steve Jobs heralds as the middle-ground between a laptop and a smartphone. Based on the announcements so far, it looks like the iPad is a lot like a giant iPhone, minus the phone.

Here is a comparison of the iPad vs the iPhone. I will update this page as new details become available.

iPad vs iPhone: How do they compare? 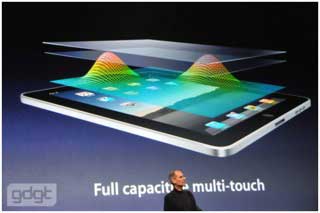 Apps: The iPad will run iPhone apps from the App Store, but Apple has also debuted a Software Development Kit for iPad-specific apps.

Typing: Just like iPhone, the iPad features a virtual keyboard. Steve Jobs demonstrated the keyboard by placing the iPad on his lap and typing. Jobs says the keyboard is “a dream to type on,” but I have my doubts. Imagine typing a long document with no physical keyboard. If you own an iPhone, you know how challenging this would be. Luckily, Apple is also introducing a keyboard dock for the iPad. 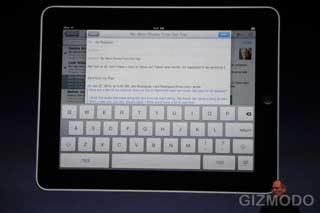 Multitasking: The iPad does not support multitasking — running multiple apps at once — and neither does the iPhone. There is some speculation that Apple will introduce multitasking for iPhone soon.

Camera: Unfortunately, the iPad does NOT have a camera, while the iPhone has a camera, and the iPhone 3GS has a video camera.

Flash: Unbelievably, iPad does not have Flash support, and neither does iPhone.

eBooks: Apple has introduced an eBook store for the iPad called… you guessed it… iBooks. iBooks will be available on both the iPad and iPhone via the App Store. You will presumably also be able to use the Kindle app for iPhone on the iPad. Could the iPad be a Kindle killer? 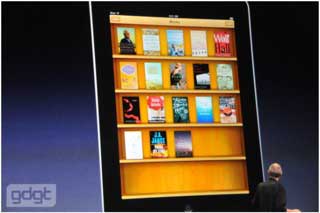 iWork: Jobs said he always wanted to include iWork, Apple’s Microsoft Office-equivalent, on the iPhone, but it just wasn’t practical. iWork is present on the iPad, though not on the iPhone. 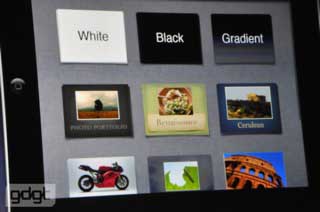 Wi-Fi: Both the iPad and the iPhone can pick up a Wi-Fi signal.

3G: iPad will be available with 3G, though you can also get an iPad without 3G for a lower price. The iPad’s 3G signal will be provided by AT&T, though unlike the iPhone, a contract will not be required and you can cancel any time.

The iPad pricing is as follows: 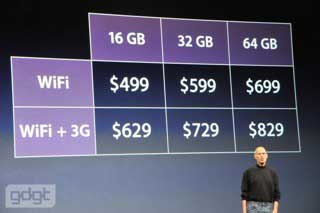 iPhone price varies depending on whether you buy the 3G or 3GS and whether you are starting a new contract with AT&T or upgrading. See the Apple Store for details.

Check out Apple’s video demo of the iPad:

iPad vs iPhone: What do you think?

Is the iPad a revolution in computing? Or is iPhone good enough? Let me know what you think of Apple’s new iPad in the comments.