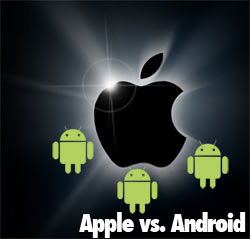 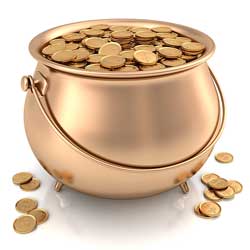 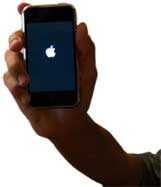 When it comes to multitasking, Apple claimed at their iPhone OS 4 unveiling that “we weren’t first to the party, but we’re gonna be the best.” But is iPhone’s new multitasking feature really the best way to do multitasking? Check out these video demos of multitasking on iPhone OS 4, Android and Palm WebOS to decide for yourself who does multitasking better:

There are also some multitasking solutions that you can use if you jailbreak your iPhone, including:

Is Apple’s iPhone OS 4 multitasking really the best? Which multitasking solution do you prefer? I would love to hear your opinion in the comments.

XKCD, the online “webcomic of romance, sarcasm, math, and language” has taken a jab at the iPhone in today’s comic “iPhone or Droid.”

Girl: Well, it depends what you want. The iPhone wins on speed and polish, but the droid has that gorgeous screen and physical keyboard.

Boy: What if I want something more than the pale facsimile of fulfilment brought by a parade of ever-fancier toys? To spend my life restlessly producing instead of sedately consuming? Is there an app for that?

Girl: Yeah, on both. Wait, no, looks like it was rejected from the iPhone store.

The comic knocks the iPhone, calling it a flashy device for media-hungry children, while the Droid is presented as the more pragmatic choice with its “gorgeous screen and physical keyboard.” I got a kick out of the allusion to Apple’s ridiculous App Store approval process.

This comic arrives in the middle of the saga between iPhone and Droid, Verizon’s popular new Google Android phone. So what do you think? iPhone or Droid?

P.S. Don’t forget to visit the “iPhone or Droid” comic on the XKCD site and hover your mouse over the image to see the hidden message.

There have been heaps of hype over the launch of Verizon’s Droid mobile phone, which is made by Motorola and powered by Google’s Android 2.0 mobile operating system.

Droid made its debut via a viral Verizon ad that pointed out all the things the iPhone “iDoesn’t” do.

The Droid ad campaign drew eyes, despite some of the Verizon ad’s questionable claims. The mighty Google even helped Verizon publicize its phone by placing a Droid ad on the Google home page. And apparently, the Droid launch last week caused (some) lines at Verizon stores.

So, is the Droid an “iPhone killer,” as the iPhone doomsayers portend? 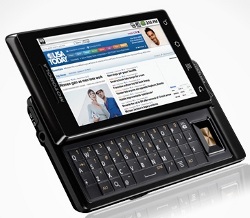 Doubtful. Yes, Verizon’s Droid is impressive, but the Droid itself is not compelling or innovative enough to cause a storm of sales that could match Apple’s unprecedented iPhone sales. Droid is cool, but it’s no game changer.

Nevertheless, given the prominence of the Droid ad campaign and the popularity of Google’s new Android 2.0 mobile operating system, it is likely that Droid will cause a dent in what has for the last year been a smartphone market dominated by Apple.

What’s more important is that Droid will soon be joined by an army of mobile phones powered by the Android mobile OS.

Verizon’s Droid: One Soldier in an Army of Androids

Droid itself can’t take down iPhone. But it can gnaw at Apple along with the army of Android piranhas that will meddle into the marketplace in the coming months. 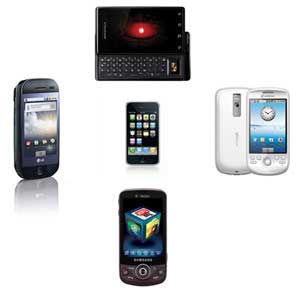 Droid is the beginning of the “Android army” phenomenon that no one is talking about yet. If you don’t recall, Google’s Android mobile phone software is open source, meaning any carrier can use it on any hardware. And that is the power of Google’s Android.

Think about it. The Droid is a collaborative effort between Verizon (the carrier), Motorola (the hardware maker) and Google (the software provider). There are infinite possibilities for collaboration on Android phones, while iPhone in the US is backed by just two companies, Apple and AT&T.

And while many people point to the iPhone App Store as proof of iPhone’s permanence in the marketplace, Google’s Android Market contains third-party apps that are usable across Android mobile phones, while iPhone apps are usable on iPhone only.

When Google unveiled Android in November of 2007, I argued that Android would present serious competition for Apple’s iPhone, but I did not consider the potential of the Android army that is in the works.

How Will iPhone Compete With the Android Army?

Can Apple singlehandedly fight off an army of mobile phone giants backed by Google, while iPhone remains bound to the immensely unpopular AT&T?

I don’t think even Steve Jobs, who was recently named CEO of the Decade by Fortune, can fend off the approaching Android army and maintain iPhone’s dominance of the smartphone market.

Apple better wake up and think about a new strategy, because it’s about to face a mighty competitor in Android.

Will the future see a smartphone space that is no longer defined by iPhone and BlackBerry? Will the Android army take down iPhone? Let me know what you think in the comments. 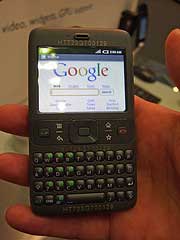 When Google last year unveiled Android, its open-source mobile phone platform, I published an article titled, Android vs. iPhone: Will the Google Phone Be an iPhone Killer?

At the time, before iPhone 2.0, it looked like Android had a good shot at taking down the iPhone, for several reasons:

Add to that the fact that when I wrote the article, there was still no mention of 3G data speeds or GPS being on the iPhone.

72 percent of respondents to a recent ChangeWave survey said they were satisfied with their iPhone purchases. Trailing behind Apple in customer satisfaction was BlackBerry-maker RIM at 55 percent.